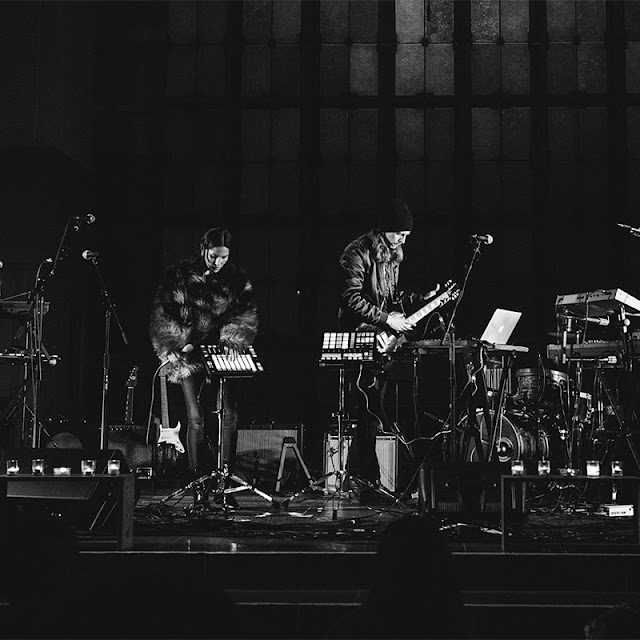 Seattle duo NAVVI share a new single “Us” via The 405 who says “on the group’s new LP, ULTRA, NAVVI found themselves coalescing around a singular word — “ultra.” With the power and grace that word invokes fueling their songwriting, the duo put together their most impressive collection to date, including the new single ‘Us.”

NAVVI’s Kristin Henry and Brad Boettger are driving through the expanse of Utah. The word “Ultra” had been simmering in the back of Boettger’s mind – prior, he thought nothing more than just liking the sound of the word, but seeing the sky turn several shades of blue and orange with solitary mountains brimming in the distance, it all began to coalesce. He throws out the idea of calling the new album ULTRA. Henry’s in the driver’s seat, watching the same sky change colors from her rearview mirror. Struck by the moment as well, she agrees without hesitation. When the band returned from tour, Boettger composed the instrumentals that would become the massive title track to ULTRA, their sophomore LP out September 28 via Hush Hush Records.

Stream ‘Us’ by NAVVI below – The Seattle electronic/pop duo says they felt fatigued after releasing their debut album, Omni, but found themselves centered on the idea of expansiveness. Not just creating something that sounds bigger, but something that expanded the band’s palette, something that exuded a confidence in who they were. Thus the idea of “ultra” became a mission statement – an anchor to tie themselves to. It gave them direction as they went about crafting their electrifying blend of Boettger’s titanic, consuming, widescreen beats and Henry’s voice – a wonder in its own right that balances effervescence and raw power with unmistakable grace.