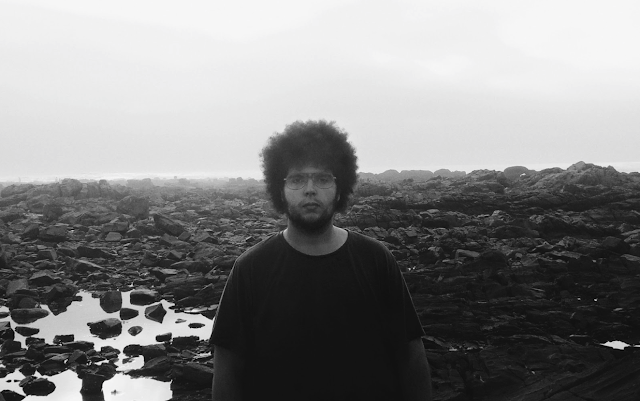 Khaled Hejira has released his debut two-track single titled Arrivée via Neo Atlas. After years of mindful experimentation, the 25-year old self-taught musician Khaled Hejira has produced an intricate, thought-provoking body of work based on fragments from different explored paths. Comparative to the flowing tranquility and kaleidoscopic arrangement of artists such as Floating Points, Hejira has triumphed forth breathing new life into an already vibrant formula.

Growing up in Vitry-sur-Seine, a city near Paris, during his adolescent years, Hejira encountered the active hip-hop scene with an adventurous yet ambitious mindset, and a burning desire to find that “perfect sound”. From early ‘60s Electronica, to ‘90s hip-hop and it’s current incarnations, Khaled Hejira also cites artists such as Steve Reich, Ryuichi Sakamoto and Joni Mitchell as influential, as well as Guitar-based jazz, Japanese film & video game scores, and all of the un-joyful material by late French composer François de Roubaix.

Inspired by natural environments, abandoned places and dystopian landscapes, Khaled Hejira has shaped these influences into something unique and personal, creating electronic music to mimic acoustic sounds and merging together inspiration from all sects of life, metamorphosing into Hejira’s now developed, flourishing resonance.

Khaled Hejira’s latest single ‘Arrivée’ is heartfelt venture into the minds of the fragile. Dense, layered soundscapes linger amidst creeping synthesizers and distanced percussion, rich string-work akin to that of digital harps and textured atmospheres, following a film score-esque structure destined only for the silver screen and other great endeavors. Backed with the single is the mesmerizing b-side ‘Born From A Wish’, complete with crashing synth-waves and strings, broad percussive beats and kaleidoscopic colour to compliment Hejira’s already distinctive and refreshing palette.

On ‘Arrivée’, Khaled Hejira comments: “This two-track single introduces this project after ten years of experimentation through different genres. It started to take form last year when I genuinely did the music i like without over-thinking during the process of creation. A synthesis based on fragments from the different roads I’ve explored.”